Shot the Angry Cat is a simple and addictive HTML5 game. You have to jump over all the rings and go through all the levels without touching the rings. Have a good time!! This game has 30 levels with a gradually increasing degree of complexity and the game is ideal for mobile devices. Use your mouse to play or tap the screen!

Welcome to Counter Battle Strike SWAT Multiplayer, Can play offline where you can fight enemies with different guns, or in multiplayer join friends.

Sniper attack is a classic sniper game. You can choose one of two cards to play. Your mission is to kill all enemies. The game has a realistic sniper mode. 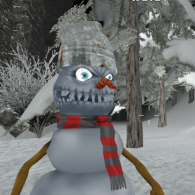 This Christmas season, all zombies are awake. Load your weapons and kill all the zombies and deadly animals that are going to kill you. Choose the command. Join the available servers you can see in the list, meet your friends.

Worms have penetrated our planet. The planet needs you. Try to clean up a planet full of worms. We need to remove all the worms to survive. You can play this fun game as one player, or as two players.

On a dark cold and windy night, the city was full of zombies. In this game you will feel real excitement and adrenaline. Focus on the game, zombies everywhere, and you have to be very careful to destroy them. Or they 'll take over the city and that could be the end for all of us. Our hero is a brave volunteer soldier to save the city, we will help him in this game. Let us help him and make this noble mission for our city.

Lone Pistol : Zombies in the Streets

Fight zombies in an exciting online shooter. It is possible to use a large number of types of various weapons, as well as fortifications.

You need to fire weapons to get the gun as far away as possible. 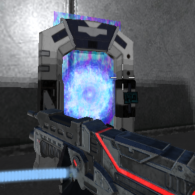 Air Fighter is a complex game that will give you combat experience. With amazing graphics, you should swing with your fighter and kill enemies traveling their way.

&lt; p &gt; You need to play as a member of a special unit inside or outside the building and destroy all enemies.

Try shooting your opponent on the roof, with only two buttons to control. 3 different game modes: online multiplayer, locally on two players and local mode. 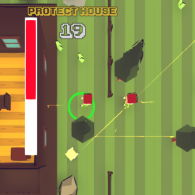 You finally built your dream home. Far in the mountains. Your house is being attacked by thugs. It 's time to get rid of the enemies who attack your house.

A - a - a-a, zombies destroy our city. Save the city, build a defense in this game where there is a fierce struggle between special forces and relentless zombies. Protect your city from zombies by leading special forces. To make defense stronger at the end of each episode, earn gold

In Pixel Gun Apocalypse 3 you can be at war with other team and choose 5 different types of weapon, it is a machine gun, a gun and even a grenade launcher

You are caught in the midst of a fierce fight against aliens who have infiltrated our planet and begun to destroy everything. You need to free the Earth from aliens, but apart from ordinary aliens, there 's also a boss who 's the hardest to beat.

Defuse dynamite by removing blocks, barrels, cans, and more to make dynamite descend into the water. You have to spend every level in as few shots as possible for a higher score, but you have limited time before and dynamite explodes!

Air Force 2018 is a great HTML5 air game. Your mission is to fly the F117, and destroy all enemies. Your goal is to stay alive for as long as possible. 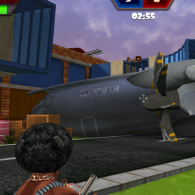 A fun first-person action game in which you have to kill opponents of a nearby team. You need to get a bomb to your opponents base, help your mates do it.

Another part of the cool Mad Day game. You need to deal with the alien invasion of Earth in this epic gunman, and save your favorite fish. Mad Day is a game in which you can both drive and shoot aliens. Improve your car, things, weapons to win.

Introducing a new real-time multiplayer game. Pick your side, grab your weapon and start shooting. Grab the flag.

You need to fire a gun to kill all the bad guys with limited ammunition.

Become the cruel sniper and get rid of the criminal whom you look for on the street.

Take part in a role of the sniper and get rid of the city of blood-thirsty zombies.

Shoot at all whom you see. 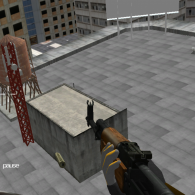 Undertake a role of the sniper in the helicopter and eliminate enemies on a skyscraper roof.

Pilot the plane, destroy enemies and try to survive most long.

You play as the 3D shooter who offers two ways of a game more entertainments.

You should shoot at targets. Test a lot of weapon in this simulator of firing, earn money and buy new weapon. 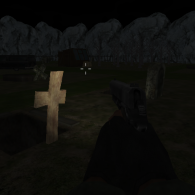 You are at the abandoned cemetery, you should destroy Lean, his body to be in terrible church, you should find an entrance to her and destroy him. In a mission about Halloween you should explore the city and to find 9 green pumpkins. For a lok of a mouse use a letter L, for run clamp the SHIFT button and operate shooters.

Duck Shooter Game is an HTML5 game in which you need to shoot ducks until they flew away.

In the game Gun Box you shoot on various to villains, and you should deserve the highest points in the work. In total at you 12 levels, длч move managements a finger, or a mouse to the left and to the right. 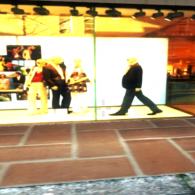 You the lonely soldier who has survived you should get out to the collect various weapon and kill enemies. 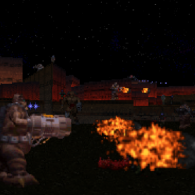 It is a classical game in Doom as she was once on old computers and prefixes in 1993. Plunge in those days when it was the advanced game with 3D graphics of the highest level which has made break in the world of the games 3D. 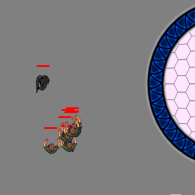 In this game you earn money destroying the zombie, you should destroy as much as possible zombie. You watch that they haven't won against vases, for this purpose you have a weapon. Zombies appear constantly. Over time at you to appear more weapon. Be careful new of participants, they can shoot at you. In the center there is a circle where you can take rest and calm down, there zombies won't touch you, but other players can shoot even in a circle. 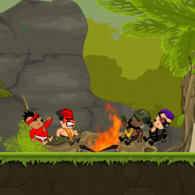 This continuation of an epic game, you should perform tasks and to destroy enemies. 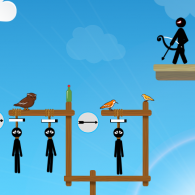 Shoot a bow to save your friends. you should manage to cut a rope on which they hang to save them. Receiving points, you can buy the new character, or receive new onions. 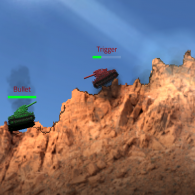 You should battle against the opponent in this multiplayer game. A game reminds something the game WORMS. Here you should destroy the opponent, shooting at him from the gun. 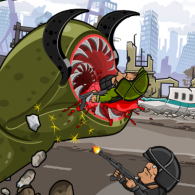 You play a huge earthworm who eats everything around himself. Yours of the back to improve the worm, to look behind that at him health hasn't ended, to kill all on the way, even helicopters, and grow as much as possible. 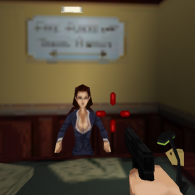 The Spy who Shot Me

You play for the Agent 007, you should go to a task to win against criminal syndicate. 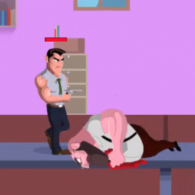 You play for the guy John to whom everything has bothered. Kill the staff of office and collect objects.

In this fascinating online game Duck Hunter, you should shoot for a while at ducks whether as much as possible ducks in a definite time will manage to shoot you. Also we can get to various prizes. Blue hours add time (10). Red hours will take away time (-20), don't get on them. A star - additional points. Show the dexterity. 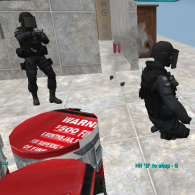 In this multipleerny game you should destroy enemies and to become the most important. In online the mode battle against other players, choosing the suitable server. of WASD = to move the Left button of a mouse = to shoot of tab = menu 1,2,3 = weapon of r = to reboot c = crouch b = to buy weapon of of shift = quicker than of space = to jump t, y = a chat 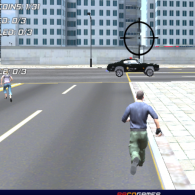 You should survive in a heavy situation of the city where there are a lot of bandits, and ordinary citizens. Plunder, kill whom you want. The main thing to gather more weapon and money, and then nobody will be able to win against you. 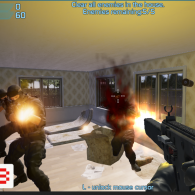 You should destroy bandits who have occupied the house and to release hostages. to Move - W, A, S, D. Aiming and firing - a mouse. Change of weapon - 1-9. a jump - a gap, blocking of the cursor of a mouse - L, a pause - P, and Enter 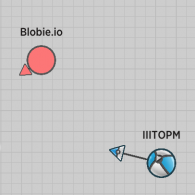 You should catch up with the opponents and to try to shoot at them an arrow. 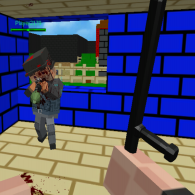 Advanced Pixel Apocalypse - shooter in which you have to battle against other online players. You can use different types of weapon, such as axe, a bat, a knife, a machine gun and a grenade launcher

How to throw a long time accumulated negative energy? You just need to pick up your favorite shotgun or machine unforgettable Kalashnikov and do not hesitate to let them move! It provides the opportunity to anyone who wishes computer shooters, the game became the flagship of the construction industry. Immerse yourself in the world of gambling shootings, dangerous missions and the most modern weapons, along with games shooters!

Remember - what was your first virtual entertainment? Surely there you are up in arms were in an unfamiliar place with a definite mission - to survive. Shooting games are not for nothing that the most popular and cool genre of computer games in the world! Games online shooters - it's cool graphics, the best choice of weapons and monsters, as well as an interesting plot and exciting game play! Online shooters memorable - here you are waiting for the battlefields of the world wars, the surface of the most distant planets of space teeming with dangerous creatures ethereal nature, lost in the desert base of terrorists to be destroyed, and more!

Weapons Throughout human history, was one of the main arguments resolve all differences. And the one who has these weapons were more sophisticated and easy to use invariably won. And the winner gets the best resources and, therefore, excellent conditions for development. And, of course, we must not forget about the fact that the weapons should be still skillfully applied. Furthermore, even a skilled warrior with a knife in his hand is able to withstand less experienced opponent, whether he is armed with a gun, even. In this sense, military proficiency can also be considered a real weapon. For a soldier, it is important to have not only brute force, but also characteristics such as agility, speed and endurance.

The climax of the good soldier skills that will allow him to overcome any opponent are indicators of intelligence, such as wit, observation, the ability to quickly analyze the situation and make the right decision. Of course, we can not forget about the moral standing, who not once in the history of world wars allow smaller, tired and poorly armed troops win a convincing victory over a large force of the enemy. However, now that the technology goes further and human genius has created a lot of truly amazing inventions, technical equipment of the army and realistic shooters out on a completely different level.

Skillfully using the accumulated knowledge of generations, the man was able to create a truly terrifying weapon that gives an overwhelming advantage soldier who equipped them. Even the most powerful, experienced, intelligent and customized to fight to the last drop of blood warrior African tribes, armed with traditional spear tipped with a bone, little could oppose Mediocre professional army soldiers, armed with automatic rifles and wearing body armor.