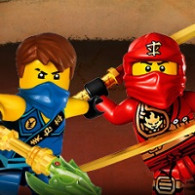 Choose your hero Lego Ninja and go on an adventure. On the way you have to destroy all their opponents, use potions and kill the Red Dragon.

Cure the poor builder who has fallen with at work. You should look after the patient, to change clothes of him, to give tablets, to process wounds and many other things

Super heroes of Lego go to a new travel in which they arrange battles against the evil. You get into the car participate in a tournament, raise bonuses and win against the opponents. Good luck

One more game from marvet. In a game you watch the city, build fire sites, police departments, entertainment complexes and many other things. Protect your city from thieves, you minimize crime and the fires 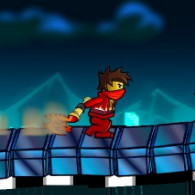 You play for one of four brave нинзя which have decided to deal shortly with the angry lord. The lord intends to occupy your lands and to enslave people, you should make the way alone Lego ninzy on roofs of the city, factories and other structures

Fascinating game in which two characters of the company Marvel are at war a glutton is protected from attack of mag who throws into him cars. Magnetto wants destroy all city only brave the glutton can stop him 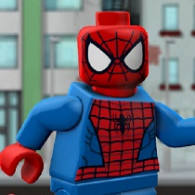 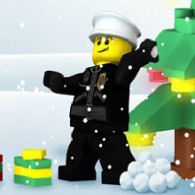 Designers – is special sets of parts that can be assembled everything that pleases – is a separate class of toys, which has recently become particularly popular not only among children but also among adults. These toys do not just help how to have fun, but also develop a lot of useful skills. LEGO, without a doubt, the most famous of these designers. This real constructor is very interesting to collect, using all the imagination and ingenuity. But play with ready-made models are not so exciting. Games LEGO give the ability to really liven up all your creatures, collected from a favorite designer and take part in their exciting adventures. Games LEGO – a wonderful world of unlimited possibilities and freedom for creativity and fun. Get all of your abilities and talents, build the coolest cars, ships, airplanes, helicopters, robots, dragons – whatever – and play with them from the heart!

Despite the fact that the designer – is, at first glance, exclusively male occupation, the creators have taken care of inquisitive young lady. LEGO Games for girls allow the fair sex to engage in all that they love so much – to communicate, to visit the trendy shops and beauty salons, to get acquainted with the boys, and more! Lego Friends line was created specifically for girls and deservedly adored them.

For boys the same LEGO – it’s not just the designer, it is a real world full of a variety of adventure and favorite characters. LEGO Games for boys carry little brave to any of the most popular fantasy realities, where never a dull moment!

Games LEGO – a phrase familiar to every second child of the world. The more popular brands of children’s designers today do not exist. Weight analogues, appearing on the market every day, in one degree or another copy LEGO. But nobody was able to surpass its popularity.

Company LEGO – was created in 1932, its headquarters is located in Denmark. In the same city it built the most extensive amusement park LEGOland, consisting only of the details of the designer.

The founder of the company is Ole KirkChristiansen. By profession he was a carpenter, but he was always fascinated by not only their craft. At first he tried to design and build children’s toys made of plastic, but after the invention of the LEGO brick in 1949 switched to him.